Transparency and accountability are the keys to better government 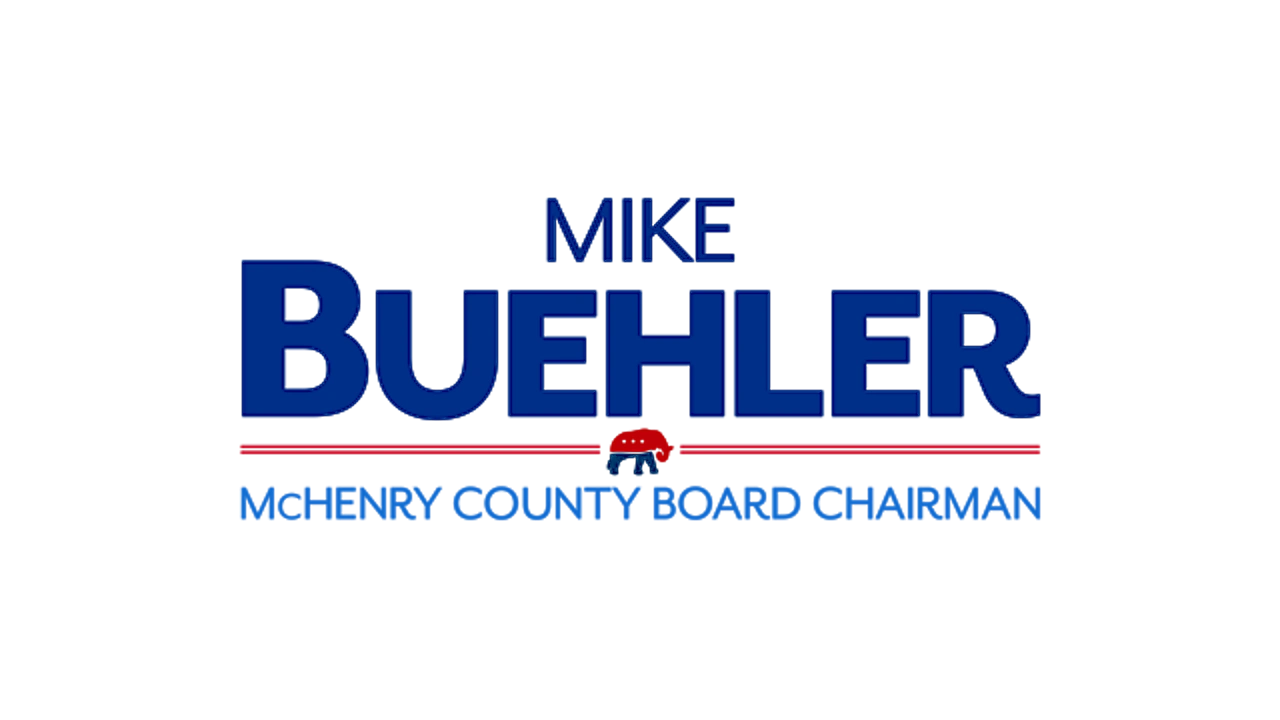 Jack Franks is in contempt of court, requires a police escort to enter the capital building in Springfield and is currently under investigation by the

“Crystal Lake Republican Mike Buehler is a small-business owner who believes lower taxes and less regulation that hamstring commerce are the best ways to keep people and jobs from leaving McHenry County. Buehler is endorsed,” wrote the Tribune’s Editorial Board in explaining the decision to endorse the newcomer to politics

"...  he (Mike Buehler) is intimately familiar with the activities and politics of the county board and the actions the chairman must take to make the operation work effectively.”

" He’s knowledgeable, committed and capable and he gets our support.”

“We’re very fortunate to have someone like Mike Buehler running for McHenry County Board Chairman. Mike is a consensus builder who listens to what others have to say. That is just one way that he shows respect for people. He brings a vision of positive cooperation to the position of chairman.”

“I support Mike Buehler for McHenry County Board Chairman. His priorities include working collaboratively with county board members, communicating with honesty and integrity, treating others with dignity and respect, and supporting what's best for the citizens of our county.”

“Mike isn’t a politician. He’s a businessman who understands the bottom line. And the bottom line for the McHenry County Board is conducting business on behalf of residents of the county. Our current chairman tries to bully people into going his way. Mike understands that he’s not there to force board members to agree with him; he’s there, or will be there, to help the board arrive at the best decisions that will benefit residents and taxpayers.”

“Mike Buehler has impressed me since the day I first met him. Mike is a self-made businessman who has survived and succeeded through the last decades of tumultuous economic upheaval. All the while, Mike’s focus was on providing safe harbor to his employees through personal sacrifice and an abiding faith.”

"Electing Mike Buehler Board Chairman is the first step in restoring confidence in good government here in McHenry County.

"We do not need politicians who work to consolidate power into their position."

“He listens to what people have to say. He respects other opinions and the people who give them.”

“Mike is an honest businessman who set goals and who has achieved successful results in the private sector. He is also a collaborator who works well with others."

"We need someone like Mike who listens to the people and will make decisions in the best interest of McHenry County. Mike is the kind of guy who will work well with the board and residents before making a solid and well-considered decision.”

" Finding smart, dedicated, and honest public servants to elect is never easy. However, in this upcoming election for County Board Chairman voters have a no nonsense, Thoughtful, honest, and compassionate leader in businessman Mike Buehler. Mike is running for all the right reasons. He will serve the people of McHenry County with the respect and integrity that they deserve. That is why I am supporting Mike Buehler and I encourage you to do the same."

She said that Buehler will set a tone with the County Board, the administration and the departments of the county government that is focused on results and not on who gets the credit for this or that.

“He’s not a politician. He’s approaching the process as a public servant who is only doing this because he wants to serve the people of McHenry County. He has no grandiose visions of higher office or using the position to accumulate wealth and power. There’s enough of that in government. It’s refreshing to have someone like Mike in the mix giving us an alternative.”

Contribute $20 or more with your Credit Card or PayPal Today

Your donation is an opportunity to be part of something bigger. Show Mike that you have his back. Give today!

mike is the right choice to be your County board chairman.

Mike Buehler is a successful  business owner who can no longer afford NOT to get involved in local government.

Mike has been appalled by the corruption, cronyism, and the dysfunctional Democracy  that is the State of Illinois.  And now our current Chairman may be bringing the same back with him to McHenry County. Should we stand idly by and allow this to happen, we will experience the same monumental failures as Chicago, Cook County, and Springfield. Enough is enough!

Quite frankly, our Democratic Chairman  has been embroiled in controversy and scandalous allegations that have become an embarrassment to McHenry County. It's time to restore honesty and integrity to the Chairman's office.

Mikes plan is to restore respectful, open dialog between board members, administrators, and citizens so that we can find the best solutions that meet the needs of McHenry County.

Mike Buehler will provide an atmosphere where every Board member, administrator, and citizen are shown the respect of the Chairman. Board members will be encouraged to speak up for their constituents and for the concerns that each of their districts face. All of this without the fear retaliation, intimidation, or threats that they may feel today. Chicago style politics as our current Chairman practices have no place in McHenry County.

Together, we will reject the politics of division as is so often practiced in this corrupt state in which anyone who disagrees is bullied with lies and misrepresentations through thousands of robocalls, dishonest literature, and other means.

Mike Buehler will eliminate the patronage jobs and sweetheart lobbyist deals (that were created by our current Democratic Chairman) which will have cost our taxpayers over $1,000,000 over his four year term.

Mike will work with our board to create the kind of business environment where businesses want to come to McHenry County instead of fleeing our State due to the corruption, chaos, and inevitable bankruptcy that our State Legislature has created.

We will practice fiscal restraint and identify areas of waste and excess in order to lower the counties portion of the tax burden. We will do this as a TEAM effort and not for self-serving political gain at the expense of seniors, veterans, the disabled, or mentally ill.

At the same time, we will continue to support the very fabric of goodness that McHenry County has always represented.

Part of The Community

Mike, his wife of 20 years Heidi, and their 3 Boys aged 10-16, have  been residents of Mchenry County and the City of Crystal Lake for 20 years.  Mike  has been focused squarely on building a business to support his family as well as many hobbies including Hiking, Backpacking/Camping, and the Shooting Sports. Heidi is an Elementary School Educator who recently completed her 2nd Masters Degree in Teacher Leadership Administration from Roosevelt University.  When not working to build the minds of  children she enjoys exercise, reading, and taking care of her family. Mike and Heidi are passionate about raising caring, responsible, and healthy boys with conservative values.

Mike Buehler is not a career politician

Mike is, however, a small business owner of over 25 years primarily in the construction and infrastructure industries providing industrial weighing equipment tailored to specific applications.   It's a unique advantage in that he understands the incredible challenges business owners as well as  workers and their families face. Taxes and stifling regulations are hurting the McHenry County economy  and driving  jobs to neighboring states.  Attracting new jobs, lowering taxes, and reducing regulations are what's needed to  retain and create jobs in our amazing community!

We can win this race with your help! Grassroots Petitioning, Flyering, word-of-mouth, and donating as much as possible are all ways of helping us achieve our goals together.

In addition to Credit Card or PayPal, you are certainly welcome to contribute by check via  mail.

want to volunteer? Let us know!

Paid for by Citizens for Mike Buehler